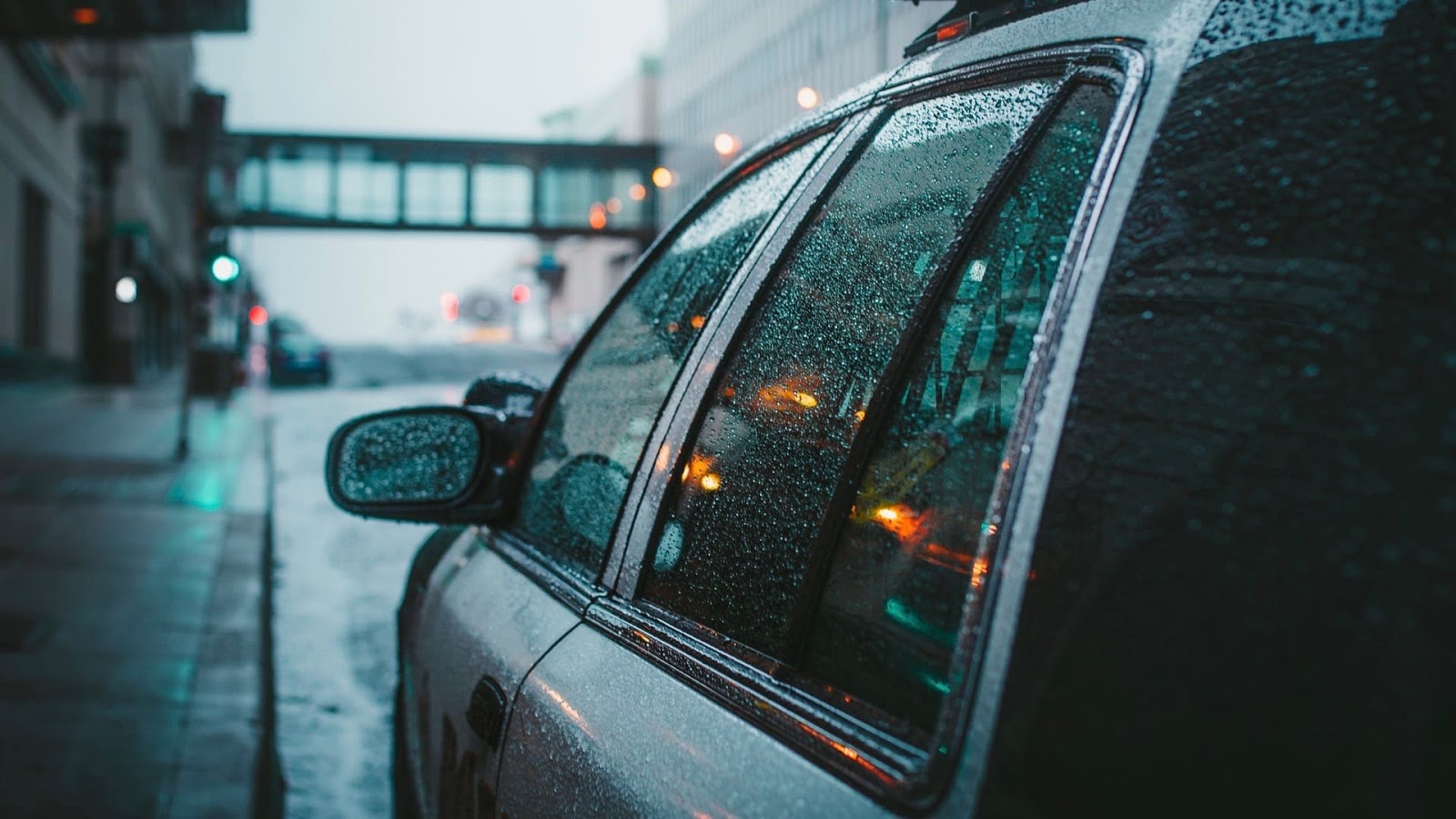 Getting charged with a DUI, especially if it’s your first DUI, is a scary, overwhelming experience. All of a sudden, you’re staring down a litany of consequences and procedures that you’re probably not familiar with, and somehow, you’re expected to know how to manage it all.

Should you plead guilty to the charges and accept whatever penalties you’re given? Or should you fight your first DUI charge in court? And if you pursue the second option, where do you even start? Questions like these (and probably many more!) can blur together and become a dizzying mess of unknown factors that can make an already difficult situation that much worse.

No matter what the circumstances surrounding your first DUI charge are, you don’t have to deal with it alone. When facing a DUI, your first course of action should be to contact an experienced DUI attorney as soon as possible. The sooner you get in contact, the sooner they can begin helping you keep track of the details and use them to build a solid defense for your case.

To help you set the right expectations (and mindset), here’s a crash course in everything you should know about facing your first DUI in Massachusetts:

How Can You Get Charged with a DUI in Massachusetts?

What are the Consequences for a First DUI?

What Can You Do?

How Can You Get Charged with a DUI in Massachusetts?

Simply put, if you’re found to have been driving while drunk or under the influence of other intoxicating substances that have impaired your judgment and, consequently, your ability to drive, you’ll be charged with a DUI (also known as an OUI in Massachusetts).

Massachusetts takes its DUI laws very seriously, and its penalties for drunk driving rank among some of the harshest in the country. As such, being charged with a DUI is no small thing, and the subsequent consequences can be steep. Even a first DUI offense carries penalties that can create a bevy of problems and potential upheavals in your life.

To help you better understand how you can get charged with a DUI, and what kind of factors dictate law enforcement’s ability to charge you with a DUI, here are some of the most crucial things to become familiar with:

For a police officer to pull you over, they need to have reasonable suspicion that you’re breaking the law in some way. This means you can’t be stopped just because you’re leaving a bar, or because it’s late at night; there has to be evidence. In most cases, this evidence takes the form of visible signs of erratic driving, drinking from an open alcohol container; driving over the speed limit, swerving between lanes, a noticeably delayed response to traffic signals, and other moving violations.

However, it’s worth noting that “reasonable suspicion for a DUI stop may be established even if the officer did not witness any actual driving.” For example, if there’s an accident, the officer can conduct a field sobriety test after the accident and determine if the driver(s) were intoxicated. The same thing applies if an officer finds a driver unconscious behind the wheel of a parked car that is running.

The most common way to determine whether someone is impaired while driving is by a breathalyzer breath test. These tests are designed to chemically measure the alcohol that’s released by your lungs. While the smell that alcohol leaves behind in your mouth can potentially skew the reading (which is just one of the reasons these tests aren’t irrefutably reliable), the test isn’t dictated by that smell.

Here’s how the breathalyzer test works:

However, before an officer can administer a breathalyzer test, they must observe you for at least fifteen minutes. If they don’t, then any evidence the test gives them will be inadmissible in court.

Since the results of a breath or blood test can often be incriminating, some people prefer to decline the test, just in case. While there’s logic to this, Massachusetts (and several other states) has an “Implied Consent Law” which dictates that anyone operating a vehicle on a Commonwealth roadway has legally given their consent to have their breath (or blood) tested for signs of impairment.

Therefore, refusing the breathalyzer carries penalties that will stick around even if you’re found Not Guilty in court. These penalties include an automatic 180-day suspension of your driver’s license (or three years if you’re under 21), and the length of that suspension will grow longer if you have prior DUI offenses on your record.

What are the Consequences for a First DUI?

Here’s what you need to know about the potential consequences you could face if convicted of a first DUI:

If you’re convicted in court for a first DUI, you can expect to face a driver’s license suspension of one year. This is separate from the suspension you’d be facing if you refused (or failed) the breathalyzer test at the time of your charge.

If convicted, the duration of your driver’s license suspension would be informed by the penalties of your first DUI conviction as well as the suspension(s) that came as a result of your refusal or failure of the breathalyzer test. For example, if you refused the test and were later convicted of the DUI, your license would be suspended for one year (conviction) on top of an additional 180 days (breathalyzer refusal).

When convicted of a first DUI, you’ll likely face a levy of fines as well as the usual driver’s license suspension. The amount of these fines can vary pretty dramatically, and tend to range from $500 to $5,000.

In addition to the fines that the court imposes as part of your sentence, you may also have to cover:

Not everyone will have to pay the same fees and fines, but it’s important to know that a DUI conviction will impact your finances in addition to your usual daily routine and lifestyle.

Will You Go to Jail?

According to Massachusetts’ law, a first DUI conviction can entail up to 2.5 years in jail. However, it’s important to emphasize that most first-offenders do not spend any time in jail (more on that in the next section).

In most cases, a first DUI conviction won’t involve jail time. This can change if your conviction includes other charges, such as Serious Bodily Injury, OUI Causing Death, or if you’re facing your third (or more) DUI conviction.

What Can You Do?

If you’ve been charged with a DUI, you’re going to questions (and probably concerns, too). What first DUI penalties could you face? Is there a way to get a “Not Guilty” verdict? If so, how?

To help prepare you with the tools and information you’ll need to deal with whatever first DUI consequences you might face, here’s what you should focus your attention after you’ve been charged:

The first thing you should do after being charged with a DUI is getting in touch with an experienced DUI defense attorney. With their expertise, you can begin to build a defense against the charges.

Experienced attorneys are no stranger to DUI charges, and as such, are uniquely equipped with the tools they’ll need to investigate the situations surrounding your charges and pinpoint any areas that could be challenged in court. Some of the most common DUI defenses involve looking into:

There are plenty of ways to challenge DUI charges in court. This is why you must contact an attorney as soon as possible. They can help you keep track of all the pertinent details regarding your case, investigate them thoroughly, and then use them to build a defense that can increase the chances of receiving a favorable outcome in court.

With all that said, unless there was serious injury or death involved, then most first DUI offense cases don’t end with any of the major consequences listed above.

If you agree to a Continuance Without Finding (CWOF), then you’ll waive your right to a trial by effectively admitting that there’s sufficient evidence to convict you of the DUI. However, you won’t be found guilty, but instead, you’ll be placed on probation with the understanding that, if you adhere to the requirements of that probation, then your case will be dismissed from your record.

Most courts prefer treatment over punishment, which is why the majority of first (and second) DUI offenses will end in this way. A CWOF (sometimes known as an “alternative disposition” or “24D disposition”) usually involves:

If any of the terms of the CWOF are violated, then you’ll be found guilty of the charged originally levied against and could be facing time in jail.

However, before you accept the terms of a CWOF, be sure to consult with your attorney. A CWOF will still count as a conviction on your driving record, so if it’s possible to fight the charges to court, then you might benefit from doing so. A Not Guilty finding is better than a CWOF, after all.

Ultimately, a first DUI does not have to ruin your life. A DUI attorney wants to help you receive the best possible outcome, so don’t waste any time before getting in touch with one. They’ll help you work through the details of your situation and build a strong case. If you have any questions, then don’t hesitate to contact us today!