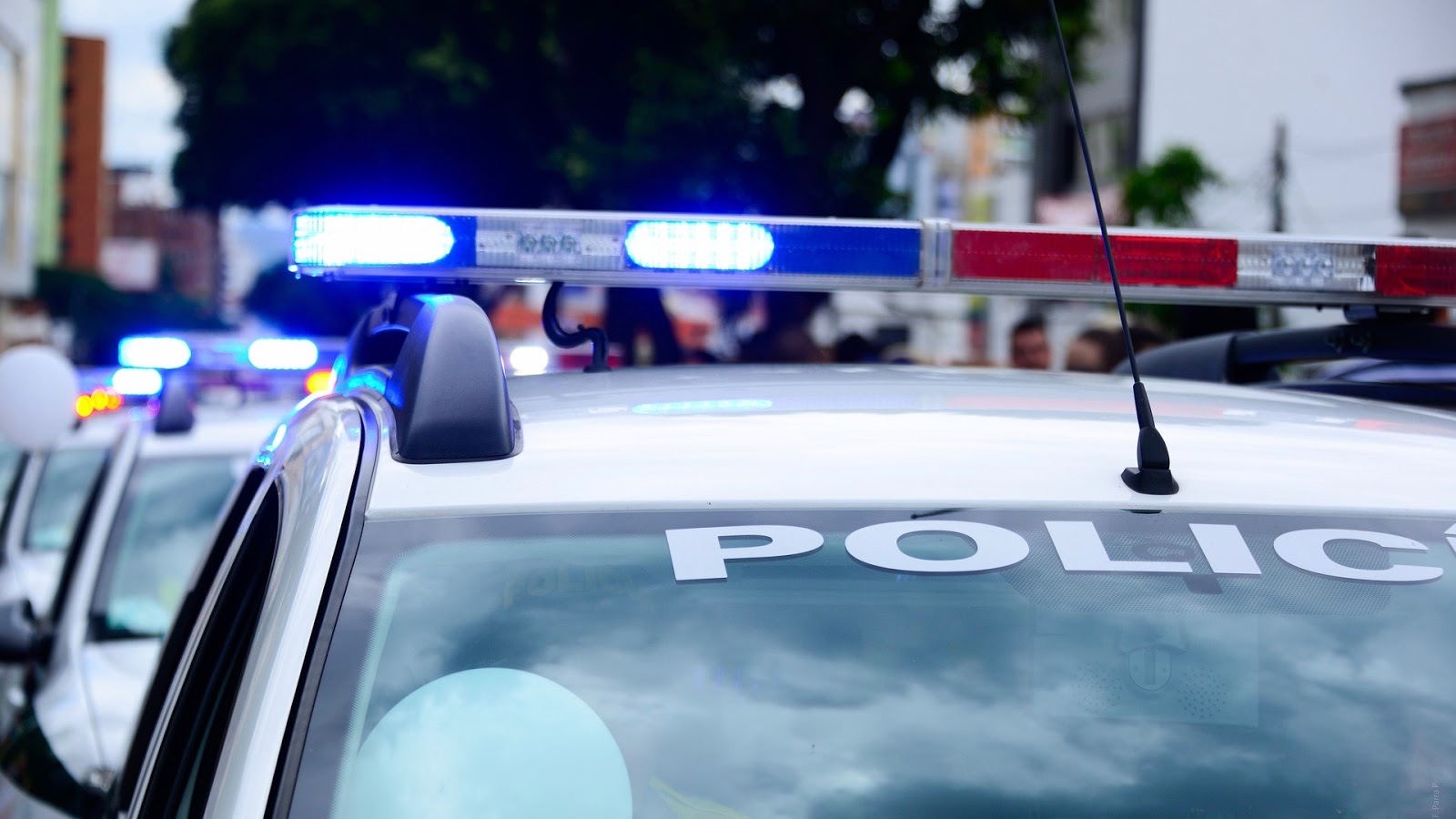 Facing an OUI charge in any state is a stressful experience. Facing a second OUI charge in Massachusetts—the strictest state in the US in terms of jail time for OUI/DUI conviction—can be an especially daunting thing to face.

If you’ve been charged with a second DUI or OUI in Massachusetts, then you’re going to want to be prepared to build a solid defense. However, you can’t do that without understanding what you’re up against and how you can improve your chances of receiving a positive outcome in court.

Here’s how you can, and should, handle a second OUI charge in Massachusetts:

What Does the Law Say About a Second OUI Charge?

What Are the Consequences For a Second OUI Charge?

What Are the Best Defenses for a Second OUI Charge?

What Does the Law Say About a Second OUI Charge?

According to WalletHub, Massachusetts ranks 22nd on the list of US states with the strictest OUI/DUI laws. While not as harsh as other states on that list, Massachusetts still has severe penalties for anyone convicted of a DUI. And on account of the state’s lifetime lookback period, a previous conviction from many years ago will still count toward your total number of OUI/DUI offenses.

However, even with Massachusetts’ strict laws and penalties for driving under the influence, receiving a second DUI or OUI charge doesn’t have to lead to an immediate conviction. The more you know about the laws surrounding OUI in Massachusetts, the better prepared you’ll be to face a potential charge.

When facing a second OUI charge, you may be asking, “does a second OUI count as a felony or a misdemeanor?” While the answer has the potential to differ from state-to-state, most second OUI/DUI offenses in Massachusetts result in a “misdemeanor” classification.

However, if your OUI/DUI resulted in the serious injury or death of another person, then you’ll be facing a felony charge. A “Serious Bodily Injury” charge, for example, will automatically involve a mandatory jail sentence of six months, although that sentence could go up to ten years.

With that said, it can be tricky to pinpoint the exact differences between a felony and a misdemeanor, especially if you’re not well-versed in the criminal justice system. Thankfully, Study.com outlines the three significant differences between these two types of charges:

How Long is Massachusetts’ Look Back Period?

Facing a second OUI charge is no small thing. Even if your prior conviction was years in the past, Massachusetts’ “Lifetime Lookback” policy means that any subsequent charges will count toward your total number of offenses. Additionally, second OUI/DUI convictions will earn you a “Repeat Offender” label and appear on any Criminal Offender Record Information (CORI) checks.

What Are the Consequences For a Second OUI Charge?

The consequences of a second OUI are considerably more severe than the consequences for a first offense. A second charge not only makes you a repeat offender but also carries repercussions that can significantly affect your life.

What Should You Expect?

If you’re arrested and convicted for a 2nd offense OUI/DUI in Massachusetts, you’re going to be facing a number of consequences. The results of a conviction could involve hefty fines between $600-$10,000, up to 2.5 years in prison, and driver’s license suspensions. However, the results of your case can vary dramatically depending on the particulars of your situation.

For example, if you were driving with a minor under the age of 14, then your 2nd OUI/DUI charge will also involve a Child Endangerment charge. If convicted, the consequences would amount to:

How Long Will Your License be Suspended?

It’s important to note that these suspensions are cumulative. This means you’ll be facing a five-year suspension if convicted of a second DUI and refused the breathalyzer at the time of the arrest.

Meanwhile, if you took the breathalyzer test and failed, then your license will be automatically suspended for 30 days. Although it’s worth noting this period will likely end before the case is resolved and your court-imposed suspension (45-90 days, if offered a “Cahill” Disposition) starts.

If you’re convicted of a second OUI in Massachusetts and are serving the two-year license suspension, then it’s worth looking into a work/school hardship license. If you’re eligible and are granted a hardship license, then this would enable you to drive yourself to-and-from work or school. However, these licenses are not granted during the three-year breathalyzer test refusal suspension.

Will You Go to Jail?

In Massachusetts, even a first DUI charge has a maximum penalty of 2.5 years in jail. A second DUI charge, however, often carries an increased risk of jail time. To illustrate this, here are the standard penalties for a second DUI conviction:

While the minimum penalty of 60 days in jail is concerning, in most cases, people facing a second OUI charge in Massachusetts will not end up in jail at all. However, several circumstances could increase the odds of jail time being a part of your sentence. Here are some examples:

Now that you’re familiar with the potential consequences of a second OUI charge, it’s time to look into the kinds of defenses you can pursue in court.

What Are the Best Defenses for a Second OUI Charge?

Unless your case involves child endangerment or serious injury or death to another person, then your second DUI conviction will likely be classified as a misdemeanor. This not only means you’ll be facing less harsh consequences but also means you can be eligible for an Alternative Disposition. Depending on the circumstances around your arrest, it might even be possible to have the case dismissed entirely.

Here’s a simple walkthrough of the two primary ways you can reduce the consequences of your charge:

Can You Receive an Alternative Disposition?

When it comes to first and second DUI charges, most judges tend to favor rehabilitation over punishment. So, if you’re facing a second OUI charge, it’s possible to achieve an Alternative Disposition in court. This ruling does not involve any jail time, but will instead entail two-weeks in an inpatient alcohol education program.

However, if your first conviction is over ten years old, you might be eligible for a “24D Second Chance” Disposition. Also known as a “Cahill” Disposition, this ruling involves:

These dispositions are usually the most common outcomes for defendants who plead guilty or are found guilty at trial of a second DUI. It’s important to remember, however, that if you refused the breathalyzer test at the time of the arrest, you would still receive the three-year driver’s license suspension.

Can Your Case Be Dismissed?

If you’re ever charged with an OUI/DUI, your first course of action should be to get in touch with an experienced DUI attorney. Not only will their expertise help you prepare a strong defense, but they’ll also help gather valuable information on the particulars of your case.

In some instances, it may even be possible to dismiss your case entirely by finding something illegal or improper within the state’s case against you. Here are just a few of the areas an experienced DUI lawyer will look into:

For example, consider the following scenario. You’re driving home after going out to dinner with some friends, and shortly after departing from the restaurant you’re pulled over by an officer. As far as you know, you weren’t speeding or driving irrationally, but the officer is convinced you’re operating under the influence.

You’re asked to get out of the car, and the officer immediately asks you to take a breathalyzer test. If the officer ends up charging you with either an OUI or DUI, then your attorney could challenge the validity of the traffic stop and callout the violation of proper testing procedures.

If you’ve been charged with a second OUI charge in Massachusetts, then don’t hesitate to consult with an OUI attorney as soon as possible. The sooner you can get in touch with an experienced attorney, the sooner they can begin evaluating the specifics of your case, advise you on the best path forward, and work alongside you to craft a solid defense.

When you work with an experienced Massachusetts DUI, you’ll be equipped with the kind of guidance you’ll need for the often long and tiring legal process.