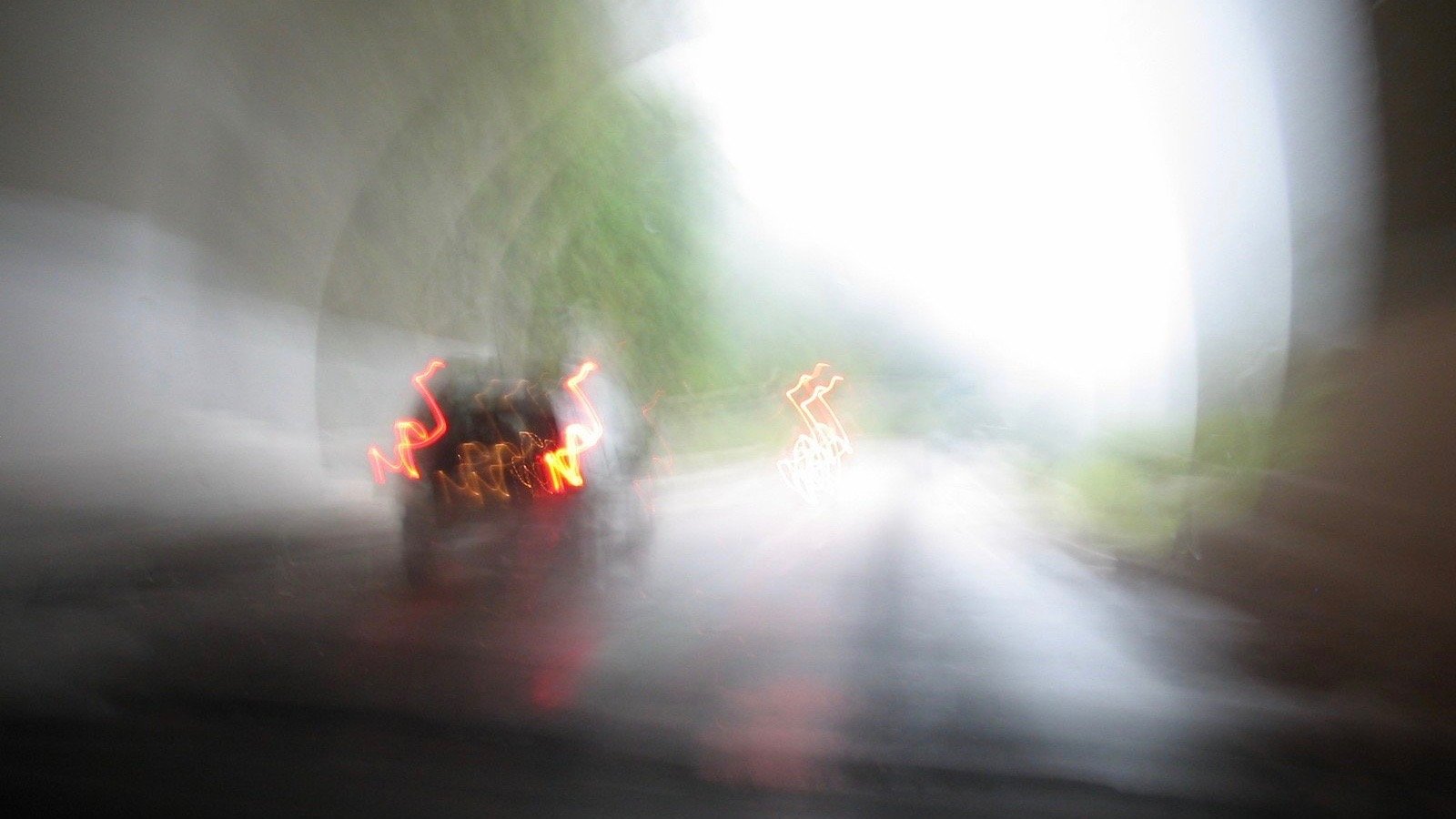 Laws in Massachusetts for Operating Under the Influence (OUI) have become more strict and carry harsher penalties since an overhaul of the law in 2002.  This makes it even more important these days to have a basic understanding of your rights, the standards set by the state for OUI, the potential consequences you may face for conviction, and the many possible defenses an attorney may pursue to fight your case.

If you’ve recently been charged with an OUI, it’s natural to be scared about the impact this will have on your future.  The best thing to do is to educate yourself about Massachusetts OUI law and the ways strong legal counsel can help you to achieve the best possible outcome in your case.

If you are found to be driving while drunk or under the influence of intoxicating substances that have impaired your ability to drive, you will be charged with OUI in Massachusetts (also known as DWI, DUI).  Your impairment can be determined by some combination of the observations of law enforcement officers, field sobriety testing, and blood testing.

Officers are required to have a reasonable suspicion that you are breaking the law before stopping you in the first place.

Visible drinking of alcohol, erratic driving, speeding, swerving, moving violations, and delayed response to traffic signals can all create reasonable suspicion.  Driving away from a bar or late at night are not, on their own, valid reasons to suspect that you are impaired or violating the law.

The Commonwealth of Massachusetts has set a legal limit for Blood Alcohol Content of .08%.  Drivers under 21 must remain under .02% BAC, and drivers of commercial vehicles face a limit of .04% BAC.

There are currently no reliable blood or breath tests for non-alcohol OUIs (prescription drugs, cannabis, etc.), which makes a determination of your impairment more difficult in those cases.  Nonetheless, the consequences under the law are the same for alcohol as they are for other impairments.

With the importance of BAC in the law, it may seem advantageous to refuse a breath test if you suspect you may be dangerously close to or over the legal limit.  Unfortunately, Massachusetts also has what is known as the “Implied Consent Law” to penalize avoidance of blood testing.

If you are found to be operating a motor vehicle on a Commonwealth roadway—even if you were parked or stopped at the time of your arrest for OUI—you have legally implied your consent to chemical testing of your breath or blood.  Therefore, refusing a breath test automatically results in a suspension of your license, whether or not you are eventually found guilty of OUI in court.

The law also specifies, however, that police must observe you for at least 15 minutes before administering a breath test.  Any evidence to suggest this requirement was not obeyed is a violation of the law that may enable breath evidence to be suppressed.

You are not obligated to take part in field sobriety tests, and in most cases, it is actually better if you don’t.  Any and all of the evidence gathered can be used against you in a court of law, so try not to do anything to ease that burden of proof or incriminate yourself.

Be polite to law enforcement officers, but avoid admitting to anything or providing any information that could help them build a case against you.  Even if you politely decline a breathalyzer test or field sobriety test, those refusals cannot legally be held against you in court.

Officers are also required to read you your Miranda Rights prior to taking you into custody or subjecting you to interrogation.  They are allowed to ask initial questions during a routine traffic stop. However, if you were not made aware of your rights prior to “custodial interrogation,” it’s possible that incriminating statements you made will not be admissible as evidence in court

However, voluntary admissions during initial questioning after you’ve been pulled over are usually not a violation of your rights.

Massachusetts changed the law after 2002 to use an unlimited look back period when counting the number of previous OUI offenses that can impact a new OUI charge.  Previously, the look-back period was limited to 10 years, meaning that a driver who was convicted of OUI at age 32 would only be charged with a first offense DUI if arrested again for an OUI/DUI at 45.

Today, that would be a second offense, with harsher consequences.

Massachusetts has many penalties to discourage unsafe driving practices and driving under the influence, even if you are not convicted of OUI.

A fine of $100 to $500 can be imposed for an empty bottle or open container of alcohol in the car, regardless of who it belongs to, and whether or not you’re found to be driving under the influence.  The presence of an open bottle would also likely be used as evidence against you by prosecutors in court.

Officers are legally allowed to station themselves at a “field sobriety checkpoint” and periodically check drivers for inebriation—without any initial cause for suspicion. If you’ve been selected and stopped, it’s possible to be fined or penalized for violations other than OUI.  An expired sticker, broken headlight, empty beer bottle, or suspended license can lead to consequences whether you were drinking or not.

Due to implied consent, a refusal to submit to a breath test will result in an automatic 180-day suspension of your license.  These penalties scale upwards if you have previous drunk driving convictions or are under 21 when you refuse the test:

Penalties for drivers under age 21 who refuse or fail a breathalyzer test, or are convicted of OUI, are greater than those faced by drivers of legal drinking age.  A JOL suspension of 180 days is added to the length of any license suspension resulting from breath test failure (above 0.02% BAC) or refusal to be tested. If the driver is under 18, failing a breath test will add a 1-year JOL suspension.

Fortunately, entry into a First Offender’s Alcohol Education Program may enable JOL suspensions for drivers between 18 and 21 to be waived or reduced to 180 days for drivers under 18.

If you have a child in your vehicle when you are stopped under suspicion of driving drunk, it’s possible that you will face a child endangerment charge with a 1-year license suspension and up to 2.5 years in prison.  This would be separate from and in addition to possible OUI charges.

The legal consequences in Massachusetts for driving drunk are very strict. The penalties below are specific to OUI convictions and are separate from open container violations, traffic violations discovered during a sobriety checkpoint, penalties for refusing a breath test, or child endangerment. If you are convicted in court, expect to face penalties that are increasingly harsh for multiple offenses.

If your OUI ended in the injury or death of another person, it’s possible that the charge would become “OUI Serious Bodily Injury” or “OUI Manslaughter,” which are considered felonies even if your OUI was only a first or second offense.  Penalties for these serious charges are much higher, and repeat felony offenses can lead to large fines and long jail sentences.

Unless there is serious injury or death involved, most first offense DUI offenders are able to avoid the worst possible penalties listed above. By agreeing to a Continuance Without Finding (CWOF), you avoid a guilty plea by agreeing to certain penalizing terms (an “alternative disposition” or “24D disposition”) without going to trial.

This might involve a shorter 45-90 day suspension of your license, 16-week alcohol safety course (24D program), curfew, random alcohol tests, fines, fees, probation for a year (and probation meetings), and/or community service.  Violating the agreed terms would lead to a guilty finding and jail time.

A second-time offender whose previous offense was over 10 years ago may be eligible for a “Cahill disposition” that offers similar leniency.  Consult with an OUI attorney to see if these are viable options in your case.

Skilled attorneys cast a wide net when gathering defenses for DUI charges.  If your lawyer finds anything illegal or improper in the state’s case, it may be possible to get the case dismissed.  Here are some common grounds for defense in a DUI case:

In order to pull someone over, an officer must first have reasonable suspicion that the law is being broken.

It is often possible to question the motives and reasoning behind the traffic stop.  A “hunch” is not sufficient to merit detaining you, nor is the time or place of your passing by on the road.  There must be observed behavior that is consistent with intoxication or resultant in traffic violations, such as swerving, speeding, or ignoring road signs.

Legality of Arrest or Interrogation

You have rights, and if they have been violated by an officer that did not read them to you in the time and manner required by law, any information gained through custodial interrogation may be suppressed.

An arrest for drunk driving must also be supported by probable cause.  The state must prove that sufficient evidence and information existed to reasonably believe you had broken the law.

The state is required to abide by highly specific standards for testing you for impairment and intoxication, and many OUI cases have turned upon failure to comply with these regulations.

If your attorney can establish that law enforcement did not observe you for 15 minutes prior to administering a breath test, this would be a serious violation of procedure that could suppress the test evidence in court.

It may be possible to challenge the authenticity of other circumstantial or media evidence brought against you at trial.

For example, it is the burden of the prosecution to prove beyond a reasonable doubt that you are the person depicted in visual or auditory footage and that the crime occurred at a specific place and time.  There may be inconsistencies or omissions in the evidence (or the manner in which it was stored) that can call this into question.

The Basis of the BAC Test

Breathalyzer tests have been legally challenged for years, and it can be possible to question or invalidate the results of the test.  Your attorney might posit that the margin of error was too close, the machine was improperly maintained, or that the breathalyzers results are flawed.

There may be grounds to discredit a field sobriety test based upon your health, improper procedure, or precedent that shows the broad inconsistency in this method of testing.

Because every case is unique and the court process is complicated, you’ll need an attorney on your side who is well-versed in Massachusetts OUI law to prepare an effective defense.  With a basis for the laws and consequences that will affect your case, it’s time to retain proper legal counsel and examine which options will give you the best chance at a positive outcome.