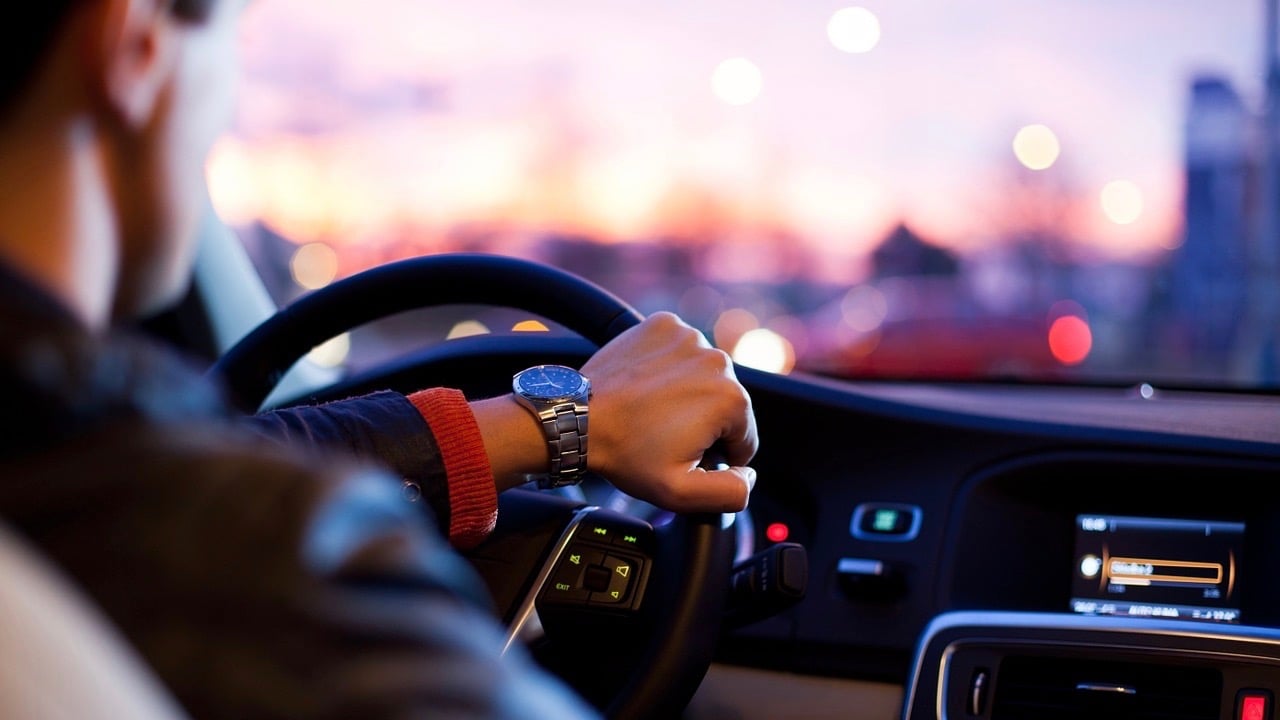 A breathalyzer test can be frightening for a driver who is pulled over when they’re uncertain whether or not they are safely below the legal limit for blood alcohol content (BAC). After all, breath evidence is a cornerstone in decades of drunk driving cases, as it provides law enforcement with numerical evidence of intoxication that traditional methods like the Field Sobriety Test and officer observation cannot.

But it is also an imperfect tool that can be (and often is) disputed or even suppressed in court. Here’s everything you need to know about the breathalyzer test:

Why Use Imperfect Tests?

What Should I Do If I’m Asked to Take the Test?

Defenses For a Failed Test

Get Your Case Reviewed

Breathalyzer test chemistry is designed to measure the alcohol released by your lungs, not just the lingering smell of alcohol in your mouth (although mouth alcohol can skew the reading).

Alcohol you consume is slowly absorbed into your bloodstream via the stomach and intestines.  The alcohol in your blood is then let off in tiny quantities into each breath you exhale by the capillaries in your lungs.  This is a significant reason why a person’s breath smells like alcohol when they have been drinking—it would not be as noticeable with mouth alcohol alone.

Breathalyzer-type devices are designed to detect and measure the alcohol released into your breath with infrared spectroscopy (a measurement using infrared light). Here’s how it works:

All organic compounds absorb infrared radiation differently. Breathalyzers are calibrated to the specific wavelength that ethyl alcohol absorbs it.  This method was chosen because—unlike with other drugs—the alcohol content of your breath is generally consistent with the quantity you’ve recently consumed and your current level of intoxication (although tolerances, absorption rates, and individual metabolisms can impact this).

This means that breathalyzers can provide a relatively close estimate of BAC, but it’s just that—an estimate.

A true blood test would be the most accurate method of determining the level of alcohol in a person’s system (though they do have potential flaws).  Breathalyzers are at best a relatively close approximation of a blood test that is reverse engineered from the evidence that has already left the blood.

While imperfect, breath tests are preferred by law enforcement for their ease of use. Blood tests would be highly impractical for police to conduct in roadside traffic stops. Breathalyzer testing provides convenient, instant results—which has made them far more common than blood or urine tests in drunk driving cases.

Nonetheless, the shortcomings of this technology provide many potential avenues for a legal defense.  Even a brand new breath testing machine could return incorrect results due to a variety of factors such as:

While these may not be relevant to every drunk driving case, several other significant limitations can also impact a case, including that:

1) The Technology Is Flawed

A long Washington State court battle over the accuracy and consistency of the Alcotest 9510 (which is the only type of breathalyzer Massachusetts currently uses) provided significant evidence that the machines themselves were flawed.  Readings taken by the device could be elevated under some conditions with no indication that there were potential errors. Bad readings could be caused by conditions like:

Some breathalyzers are also unable to distinguish between ethyl and methyl alcohols, which can alter the test results.  Methyl alcohols like butane, methane, acetone, isopropyl alcohol, and others are compounds that both occur naturally in the body and can be present due to everyday products, medications, or medical conditions, such as:

These can register false positives or flawed readings on some breathalyzers while a driver is actually sober.  This makes it incredibly important to disclose as much information as possible to an attorney when contesting breathalyzer evidence in court.

As a result of the higher potential for inaccurate breathalyzer results, Judge Brennan ordered Massachusetts’ Office of Alcohol Testing (OAT) to turn over all calibration and certification documents for the tests for further examination.  While the state provided 1,976 worksheets, it was soon discovered that another 432 worksheets showing failed calibrations were deliberately withheld.  This led Judge Brennan to rule in January 2019 that breathalyzer evidence could no longer be used in Massachusetts court until:

This won’t last forever, but for now, it has major ramifications on thousands of current and previous drunk driving cases in Massachusetts.  Consult with an attorney if you’ve been previously convicted in a case that utilized on breathalyzer evidence.

Breathalyzers were explicitly formulated to measure the percentage of alcohol in the blood.  While there are several companies (like Hound Labs and Cannabix Technologies) researching breath detection devices for other substances like THC, no accurate breath tests for other drugs currently exist.

This means that other substances that can impair your ability to drive (prescription drugs, medical or recreational cannabis, etc.) do not have a reliable, numerical test for law enforcement to use as evidence of your intoxication.

Why Use Imperfect Tests?

Breathalyzer test results remain central to many DUI and OUI cases across the country, in spite of their flaws.  This is because they add hard numbers that support the officer’s judgments in more subjective roadside tests.

Furthermore, breathalyzer results are quick and easy to attain.  Blood and urine tests take much longer to process, making them inefficient for traffic stops where officers must make timely judgment calls about whether to arrest potentially intoxicated drivers.

Until a better method is devised, the breathalyzer is here to stay.  Fortunately, well-documented flaws make breathalyzer tests assailable in court.  Unfortunately, those same flaws can lead to severe penalties when bad tests register inaccurate readings over .08% BAC.  The consequences for failure lead some drivers to refuse to take the test—a decision with its own legal penalties.

It is not a crime to refuse a breathalyzer test, but Massachusetts has an “implied consent” law that penalizes refusal with automatic license suspensions.  By getting behind the wheel of a car in MA, you are consenting to blood, breath, or another chemical testing for alcohol.

If you refuse the breathalyzer test then you can expect the following penalties, depending on your situation:

These penalties are designed to encourage drivers to comply with testing since they are administrative infractions (not criminal) and completely unrelated to whether or not you are eventually convicted for OUI.  Any license suspension has a significant impact on your life and refusing the test will still result in you being arrested and charged with OUI.

However, the fact that you refused the breath test cannot be used against you (or even mentioned) in a Massachusetts court of law.  The consequences for a final OUI conviction are far more severe than those for refusing the test, and a lack of evidence will always be favorable to your legal defense.

If you fail the test…

If you did take the breathalyzer test and were found to be at or above the legal BAC limit of .08% (or .02% for drivers under 21), you can expect the following penalties:

These penalties are separate from those for OUI conviction.  If you’ve taken and failed a breathalyzer test while pulled over by a police officer, contact an attorney immediately to put yourself in the best position to defend yourself against any further consequences.

What Should I Do If I’m Asked to Take the Test?

If you are positive your blood alcohol is extremely low or zero, you might decide to take the test and possibly avoid a suspension.  Should you have any doubts, you’ll have to consider whether it is worth it to provide potentially incriminating evidence you’ll later have to fight in court.

The absence of breath evidence does not guarantee that you will be found innocent.  However, it also doesn’t guarantee that you’ll be found guilty. What you can count on is that with no breathalyzer test, the state has one less form of evidence prosecutors can leverage against you.  Weigh the consequences of refusing the test against the consequences of a conviction.

OUI first offenders often (with legal help) can achieve a CWOF or Alternative Disposition with penalties such as:

In the right situation, this list could represent your second-best scenario to beating or dismissing your case outright.  Refusing the test would ideally help you to win in court and overturn your 180-day suspension for refusal. However, court cases often take longer than the initial suspension, and the outcome of the case is uncertain.

If you refuse the test, you are entitled to have a registry hearing within the next 15 days.  The goal of the hearing would be to sort out whether the police had reasonable suspicion or probable cause to initiate the traffic stop and arrest you for OUI.  Legal representation can assist you with all aspects of a registry hearing.

If you take the test and fail, it is generally advisable that you politely decline other field tests, save all documentation provided to you by law enforcement or the court, remain calm, and say nothing to incriminate yourself further.  This will give an attorney the best possible chance to defend you. Breathalyzer failure does not conclusively prove your guilt, and many other circumstances may make it possible for your attorney to fight the case in court.

Defenses For a Failed Test

There are many avenues for an experienced OUI lawyer to mount a defense in the face of a failed breathalyzer test.  Some of them involve the breathalyzer test directly, such as evidence of:

In addition to these various points of attack, a skilled attorney will also pursue other defenses that could invalidate or suppress evidence gained from the traffic stop.  These might include:

As you can see, numerous factors go into preparing a proper legal defense against OUI charges.  Failing a breathalyzer test can never help your case, but the failed test results alone don’t mean that you’ll be unable to pressure the prosecution to accept a plea bargain for a lesser charge or even win the OUI case at trial.

Get Your Case Reviewed

If you’ve refused or failed a breathalyzer test and been charged with OUI—or if you were convicted before breathalyzers were banned in MA—all is not lost.  Consult with an OUI attorney so that they can evaluate the details of your case and advise you on the best possible outcomes moving forward.  Breathalyzer tests are prevalent, but also flawed, and it is essential that you have qualified legal representation on your side to mount a strong defense.